Planning and designing your car park with technology in mind Planning and designing your car park with technology in mind

As Australia’s cities grow ever smarter, town planners are thinking even further outside the proverbial box when it comes to designing the metropolises of the future – and car parks are no exception. With a host of revolutionary technology popping up across not only the car park industry, but sectors across the spectrum, it will pay to be ahead of the curve when designing your car park of the future.

Town planners are having to think even further outside the proverbial box when it comes to designing the metropolises of the future.

In this article, we’re going to take a look at a few technologies that you should consider when designing your car park, from driverless cars, through to digitised payments.

Though far from becoming a mainstream reality just yet, the promise and proposed benefits of driverless cars cannot be underestimated. Increased safety and reliability are the key factors at play here, as is better fuel economy and, tellingly, reduced congestion.

It’s thought that a big part of congestion in Australia’s major cities isn’t just down to people commuting to work, or heading over to the shopping mall. Rather, a big factor behind it is that a big chunk of cars toiling through the streets are endlessly circling, just looking for a car parking space.

It’s been put forward that driverless cars, when they eventually become a reality, won’t actually need to park. Of course, they’ll have to park somewhere, but that doesn’t necessarily have to be close by. For example, you could be dropped off at the office door by your driverless car, then off it will go to find itself a space in a custom-built facility. At the end of the day, it’ll come and pick you up, causing minimal delays on the road as heads to exactly where it needs to be.

The truth is, lots of space in cities is taken up by hulking, outdated car parks that likely won’t be fit for purpose in the future – think about how all that space could be better utilised. Be sure to bear in mind that modern facilities, with the potential to accommodate self-driving cars, is the way forward when planning your car park of the future.

Here’s a statistic for you. Over half of Australians (52 per cent) paid for everything – shopping, parking, and the like – via debit or credit card over the last three years, according to a study released by the Reserve Bank of Australia. That’s up from 43 per cent in 2013, and just 26 per cent in 2007. On the obverse, cash payments have steadily declined over the years, from 69 per cent usage in 2007, down to 37 per cent over the last three years.

Paying via contactless card or other digitised methods is far more convenient than carrying wads of cash around.

Our point? Well, paying via contactless card or other digitised methods is far more convenient than carrying wads of cash around, and it’s quicker, too. Indeed, a study by Visa has found that people could save an enormous eight hours a year should they ditch cash and graduate to electronic methods.

Paying for parking is undergoing a revolution, too. At Duncan Solutions, we’re dedicated to coming up with new, more efficient ways to pay. This means digital – we’ve implemented contactless payments into our terminals (PayWave, Mastercard PayPass), and we’ve also incorporated pay by mobile into our repertoire (Android Pay, ApplePay, Google Wallet). Hence, it makes perfect sense to install state-of-the-art payment terminals at your fledgling car park – the way payment trends are going, it’s only a matter of time before Australia operates as a completely cashless society, and you’ll want to embrace that.

Just by looking to the future, you’ll give yourself a real edge when putting together your new car park. The revolution is already beginning, so by considering the changes that will come into play in the coming years, half the battle will be won. To find out more about how Duncan Solutions can help with your parking operations, be sure to get into touch with us to find out what we can do for you. 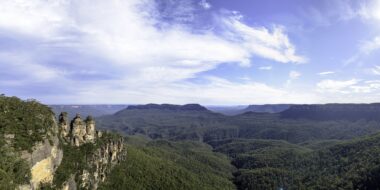 Escape to Nature with Park’nPay 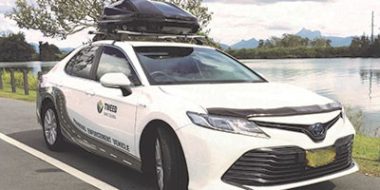