How intelligent parking solutions are changing public and private parking 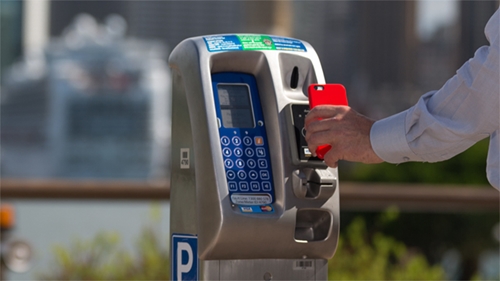 How intelligent parking solutions are changing public and private parking

There can be little question that smart parking solutions are steadily changing the way city dwellers, and those that commute into metropolitan areas, think about their daily drive. In days past, drivers would pick a way through the heaving streets, heading to a car park with a faint hope they'd be able to find a space, without ever really knowing whether they'd find one.

Almost 30 per cent of Sydney's congestion is down to cars driving around, looking for a parking space.

To illustrate, an article appearing in the BBC states that almost 30 per cent of Sydney's congestion is down to cars driving around, simply (or not-so-simply, as the case may be) looking for a parking space. Even if a driver is lucky enough to find a space, he or she will still have to pay through the nose for the privilege – Sydney ranks among the top 10 on the planet for the most expensive places to park, and Brisbane and Melbourne aren't too far behind, says the BBC piece.

With those sobering statistics in mind, let's take a look at how intelligent solutions can change the face of public and private parking, forever.

The rise of technology

Intelligent parking is already starting to alter the way we leave our cars behind for a day at work or a trip to the shops. A smart parking infrastructure, such as including car parks or street meters equipped with sensors, means that real-time space availability, pricing data and licence plate recognition-based payment systems will become the norm, and this will benefit both the operator and the consumer no end.

Such features can markedly help customers reduce the time they spend looking for a parking space, and for those managing such facilities, revenue can be increased. How? Well, imagine driving round and round a multi-storey car park in an attempt to find a space. After a short while, you'll likely leave that car park and head somewhere else, meaning that the operator won't be getting your custom that day. If you were to not only know that a space was, in fact, available, but also where it's located, you'd happily make your way to it and pay the fare. Such a feature is becoming more and more commonplace across Australia's cities.

The car parks of the future can feasibly include electric vehicle charging stations, and this will be highly convenient for drivers in coming years. According to data published by the Federal Chamber of Automotive Industries, sales of electric vehicles reached an all-time high in 2018, with some 1,352 registered in the country last year. Though on the face of it that is a comparatively low number, as Australia's drivers adopt greener principles, it's likely that sales will grow year-on-year – and being able to charge your vehicle in a car park will be of paramount importance.

The car parks of the future can feasibly include electric vehicle charging stations.

Will we even need to park in the future?

Ridesharing services such as Uber continue to rise in popularity. Indeed, some 3.8 million Australians are expected to have downloaded a ride-sharing app by 2023, which could, theoretically, reduce the number of vehicles on our roads. Fully autonomous vehicles (at least on public roads) are a little bit further into the horizon, but planners need to start thinking now to prepare for their inevitable eventuality. Ridesharing vehicles and autonomous cars might actually have little need to park for prolonged periods of times, so where does this leave existing parking facilities?

Well, it might be possible to convert existing car parks (even older ones) into multifunctional buildings that do much more than just allow vehicles to park as most do at present. Current multi-storey car parks, for example, have floor slopes and certain load-bearing needs by necessity. A thought piece appearing in Deloitte Insights states that such car parks (with either sloping or staggered floors), as is the norm at present, might be difficult to repurpose in future when the need for parking might be less. Ones with flat floors, however, (with helical or one-way-ramps), should prove easier to convert, so operators face a difficult choice in whether they should spend more money today in planning for the future, or risk being lumped with an outdated, inefficient facility in years to come.

The price is right

A real boon for both public and private operators, dynamic pricing is making sizeable waves in the intelligent parking industry. In San Francisco, dynamic pricing was rolled out in full across December 2017 – that's almost 30,000 spaces on public streets, and 14 city-operated garages. The price consumers pay depends upon conditions (how many spaces are available etc) via a sophisticated algorithm that generates optimal prices. It's this kind of technology that will help shape parking systems of the future.

The team at Duncan Solutions are looking forward to embracing the future. It's part of our job to keep abreast of changes to smart parking technologies that will help our customers stay ahead of the game. To find out more, be sure to reach out to our expert team to find out what we can do for you.